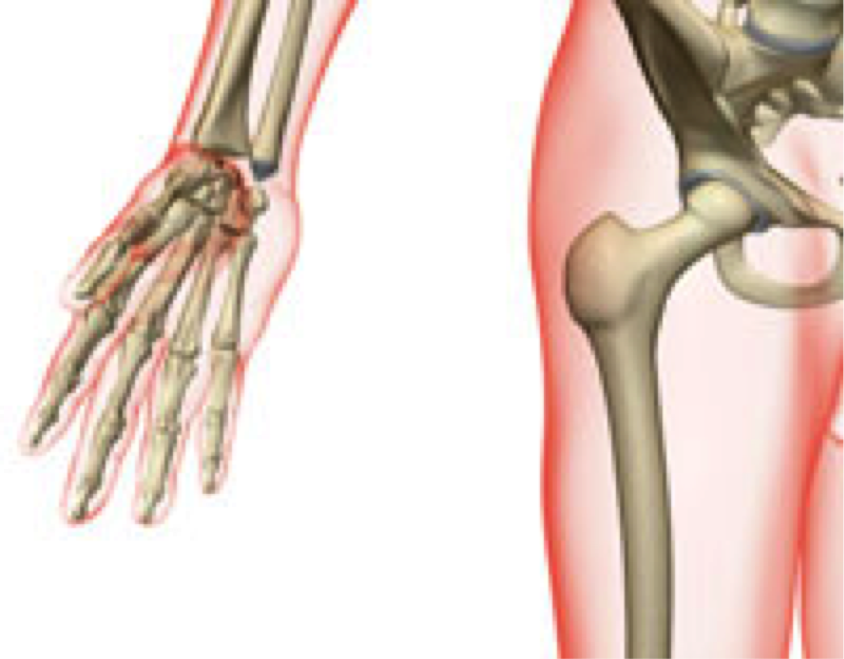 Ewing sarcoma is a rare kind of bone cancer that affects children or very young people and that can be cured even when it has spread to other organs. Its cause remains unknown. It is named after James Stephen Ewing (1886 – 1943), the American pathologist that described it for the first time, and marked it apart from similar tumors.

Cancer frequently affects the skeleton. However, only a small portion of malignant tumors on the bones are sarcomas. Most of them are metastasis or common cancer ramifications not related to sarcomas, as breast, prostate or lung cancer. For example, a woman could develop breast cancer and some of the malignant cells of that tumor might peel off, get into the circulatory system and through it, arrive to some place of the skeleton, where the cells would nest and multiply, and finally create secondary tumors. Certainly, that woman would have bone cancer, but not a sarcoma. If a pathologist would examine a sample of the metastasis with the help of a microscope, he would discover that the tumors were composed by cells similar to those present in the mammary gland.

Instead, Ewing sarcoma arrises from the bone itself, and if analyzed under a microscope, it can be proved that it is composed of unique cells that look different to any other cancers and to most of the rest of sarcomas. There are, however, some other malignant tumors of the skeleton with which it might be mistaken. It is important to identify the difference, because Ewing Sarcoma has a very specific and effective treatment. Sometimes the precise diagnosis of this tumor requires very advanced techniques, as the analysis of the genetic material looking for concise alterations of the chromosomes, a trait only present on this disease. That is why patients with Ewing Sarcoma should be checked by true specialists on sarcomas since the very moment of diagnosis. Multidisciplinary teams used to deal with a significant number of this rare condition usually have amongst their number super specialized pathologists able to make the diagnosis with pinpoint accuracy.